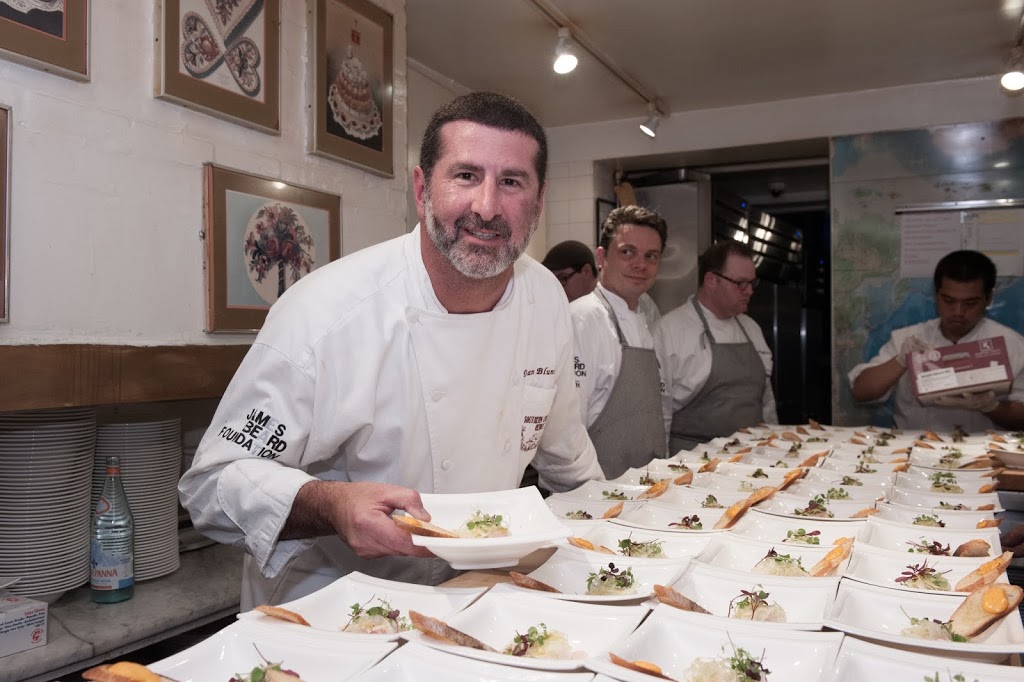 Behind the Pizza Peel: Dan Blumenthal

Behind the Pizza Peel is a profile series I’ve been wanting to put together for years. Its goal is to reveal the warm–and sometimes wild–personalities that create America’s favorite food on a daily basis.

Who are the people behind the pizzas, and what made them choose a pizza peel over a briefcase? What’s their inspiration and what keeps them going? We find out in this ongoing series.

The Pizza Insider: Why did you choose to go into the pizza business?

Dan Blumenthal: Initially, it sort of found me rather than me finding it.  I was in San Francisco during the late 1980’s and Wolfgang Puck, Alice Waters and Jeremiah Tower were all experimenting with small, “gourmet, California” pizzas.
When I came out of culinary school in 1989, I went to work for Spectrum Foods, an upscale restaurant group in Northern and Southern California that had a dozen different concepts and was operated by Larry Mindel, who later opened Il Fornaio’s all over California.  I worked at two of those concepts: Spuntino and Prego, both of which had wood-burning pizza ovens and offered Neapolitan-style pizzas. This is where I learned my pizza making, which I’ve incorporated into BRAVO!, Broad Street and Sal & Mookie’s.
When we opened Sal & Mookie’s in 2007, my goal was to bring a high quality, “gourmet” pie in a large format (14” & 18”) to an area that was largely underserved by quality pizzerias.

The Pizza Insider: Looking back on your original pizza goals, how do they match, or differ from, where you are today?

Dan Blumenthal: Looking back, we have holistically achieved our goals and have deviated little from our original plan/vision for Sal & Mookie’s.

The Pizza Insider: In your opinion, what separates a good pizza maker from a great pizza maker?

Dan Blumenthal: His ability to work with and “feel” the dough.

The Pizza Insider: Do you have a favorite memory associated with pizza?

Dan Blumenthal: The early 1970’s when we lived in Pennsylvania and would go to visit my grandparents in Trenton, New Jersey, and go eat at DeAngelos’s Pizzeria, home of the “Trenton Original Upside Down Pizza Pie.”

The Pizza Insider: When you eat at other pizzerias, what type of pizza do you order and why?

Dan Blumenthal: I usually look for something with unusual ingredients that isn’t too complex (overloaded with ingredients).

The Pizza Insider: Who are your role models or mentors?

Dan Blumenthal: For pizza, it was Wolfgang Puck, Jeremiah Tower and Alice Waters.

The Pizza Insider: What’s the best advice you ever received?

Dan Blumenthal: Not to get into the restaurant business, but I went and did it anyway.  I beat the odds in one of the toughest businesses to succeed in long term.

The Pizza Insider: Do you have any words of wisdom for new pizzeria operators?

Dan Blumenthal: Try to spend as little money as possible on the front end, because if you spend too much, it will just weigh you down like an anchor as you try to pay back that initial investment.

The Pizza Insider: Can you name one thing that you feel will have the biggest impact on the pizza industry in the next five years, and why?

Dan Blumenthal: I can’t say there is one silver bullet.   The pizza business seems to be growing in several different directions.  The “gourmet” end is returning to its Neapolitan roots, while the fast-food end is all about online ordering and faster cook times.

The Pizza Insider: If someone wrote a book about your life, what would it be called?