Losing Customers to Win an Argument 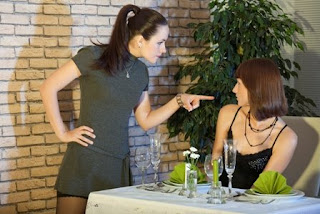 A friend of mine called me the other day after he finished lunch at a pizzeria he’s been eating at for years. “You are not going to believe what just happened,” he said. I could tell from his tone that it was not going to be a happy tale.

He had ordered a flatbread appetizer for lunch, and when he went to use his loyalty stamp card at the end of the meal, his server told him that she could not mark it because he did not specifically order a lunch special. He asked to see a manager and the manager told him the same thing–in order to get a stamp on his lunch loyalty card, he had to order a lunch special, which was $1 more than what he ordered.

My question to you is, how important is winning an argument with a customer? If you, or someone on your staff, has found yourself in this situation, is it worth losing a loyal customer, and possibly several of their friends when they spread the word about their experience?

Consider this…after my friend left the pizzeria, he immediately called me to relay the story, posted a message on Facebook letting all of his 1,500+ friends know what happened, and contacted the corporate office. All of that bad press for the pizzeria could have been avoided if the manager would have stamped his loyalty card.

Far too often I’ve witnessed owners and managers arguing with customers, whether it’s about prices, food quality or taste. What happened to “the customer is always right?”