Pizzeria Menu Labeling May Get a Break 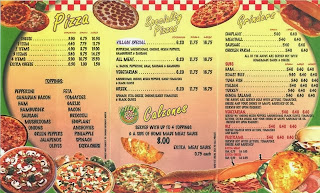 A press release from the American Pizza Community announced last week that Senators Roy Blunt (R-MO) and Angus King (I-ME) have introduced the Common Sense Nutrition Disclosure Act of 2013 (S.1756), a much needed bill that would amend current menu labeling requirements as they relate to pizzerias.

Pizzeria operators have been fighting a battle over menu labeling for the past couple of years. This new bill, if passed, will offer a welcome relief to 70,000 business owners.

According to the press release, the Common Sense Nutrition Disclosure Act of 2013 would modify the existing menu–labeling statute in the following ways: