Quick Solutions to Your Staffing Issues 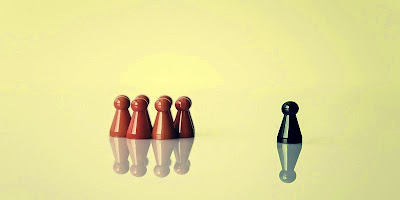 Pizzerias are inherently fun and casual. Even those that aren’t family-run can often feel like they are. Problems can arise, however, when staff members take advantage of the situation and operators can’t find a balance between being the boss and being a friend.

Since this is an issue facing so many of you, I took this question, and a few others, to corporate speaker and trainer Jeff Havens, CEO of the Jeff Havens Company, in an effort to find a solution.

The Pizza Insider: In a semi-casual work environment such as a pizzeria, what are the pros and cons of treating staff as friends/family?

Jeff Havens: The upside is that it’s a great way to keep people working for you. There’s a lot of research out there to suggest that our newly global, hyperconnected world has actually made people more interested in personal relationships than ever before, and treating employees with fondness and respect is probably the best way there is to encourage loyalty and reduce turnover. The downside, of course, is that it makes it more difficult to give orders or correct bad behavior. Plus, friends and family occasionally ask you for money and expect you to be understanding when they’re 45 minutes late. However, you can force those people to help you move, so you’ve got that going for you.

The Pizza Insider: How can a boss reassert his authority after falling into the “friend” zone?

Jeff Havens: This is tricky. Avoid making the conversation about, “This is what I expect out of you,” and focus instead on, “This is what needs to be done for us to be successful.” If you’re able to concentrate relentlessly on the mission–making customers happy, reducing operating costs so that everyone can keep their jobs and maybe get a raise, etc., you’ll avoid the pushback you inevitably get when people think you’re attacking them and their habits.

The Pizza Insider: What do you see as one of the biggest staff mistakes made by owners/managers in the restaurant industry, and how do you propose it be avoided/corrected?

Jeff Havens: I worked in restaurants for seven years, and the biggest staffing mistake I noticed was the tendency to hire anyone who walked through the door. The impulse makes total sense; restaurants generally have high turnover, and it’s hard to imagine turning anyone away when you’re already short-staffed. But part of the reason for that high turnover is the fact that a lot of those kneejerk hires end up flaming out two months later. If owners and managers could spend a little more time on the hiring process and make it harder to get the job in the first place, they might help themselves in the long run by putting together a stronger, more dedicated workforce. It’s more work on the front end, but a lot less work down the road.

The Pizza Insider: I’ve seen some of your talk on generational differences in today’s workforce. How can these differences be embraced in a pizzeria environment?

Jeff Havens: There are a million ways to do this. Older workers are generally better at starting and holding conversations, which often makes the difference between a customer saying, “Their food is good,” or “I like going to that place.” Teaching young employees how to engage customers and maybe (gasp!) make it through an entire shift without staring at their phones, would be valuable for everyone. Alternatively, you can have fun with your customers; for example, if you’re an older person and waiting on a table of teenagers, take the order while staring at your phone the entire time, or tell them to text you their order because you’re too busy to ask for it. You can have in-store competitions between your Young and Old staff about who’s the better pizza tosser or who’s faster at cleaning the ovens. You can challenge your older workers to find a technology that your younger workers have never heard of, and vice versa. Anything that creates conversation and engages everyone on your team is going to bring them closer together, and that’s going to lead to all kinds of good things.

The Pizza Insider: When assessing a staff members performance, what are three key areas you feel should be addressed?

Jeff Havens: I tend to agree with the notion that all of us could learn pretty much any job as long as someone is willing to teach it to us, so I’m going to avoid pizza-centric ideas here, since I think those are skills a good manager could impart to almost anyone.

1. Interpersonal communication skills is probably at the top of the list. This affects how they deal with customers and other staff members.
2. Punctuality. It indicates the kind of attention to detail and organizational skill that suggests management potential.
3. Sense of humor. Someone who can make people excited to come into work everyday is invaluable.

How do you find balance between being the boss and being a friend? Let me know in the comments below.